A Gay and a NonGay 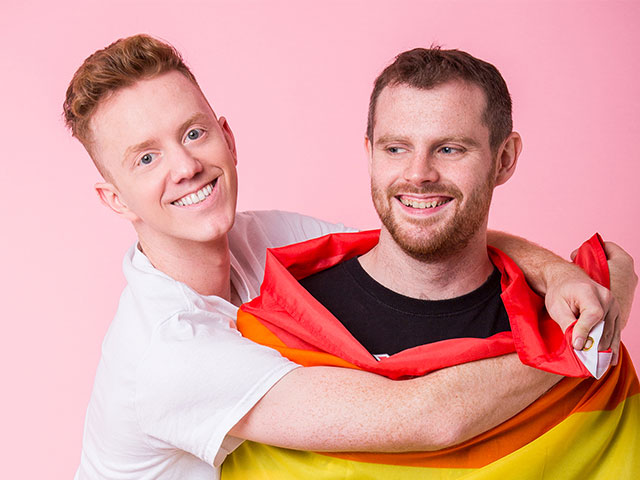 Expect audience interaction, a hilarious parody of ‘QueerEye’ and alaugh out loud look at issues affecting Gay and NonGay people in what Time Out call 'a warm, funny take on love, friendship and sex', and Radio Times called 'one of the most fundamentally kind andfunny podcasts in Britain'.

‘A Gay and A NonGay’ started when James’ friend moved abroad asking him to look after ‘Dan’, her boyfriend. The hit podcast brings differences between LGBTQ+ and NonGay people to life on stage, in an absurdly simple but hilarious premise; what divides us makes us laugh harder.